The UK Money Saving Blog with a twist!

Where every penny saved, is a penny earned...

How to get free audience tickets for TV shows 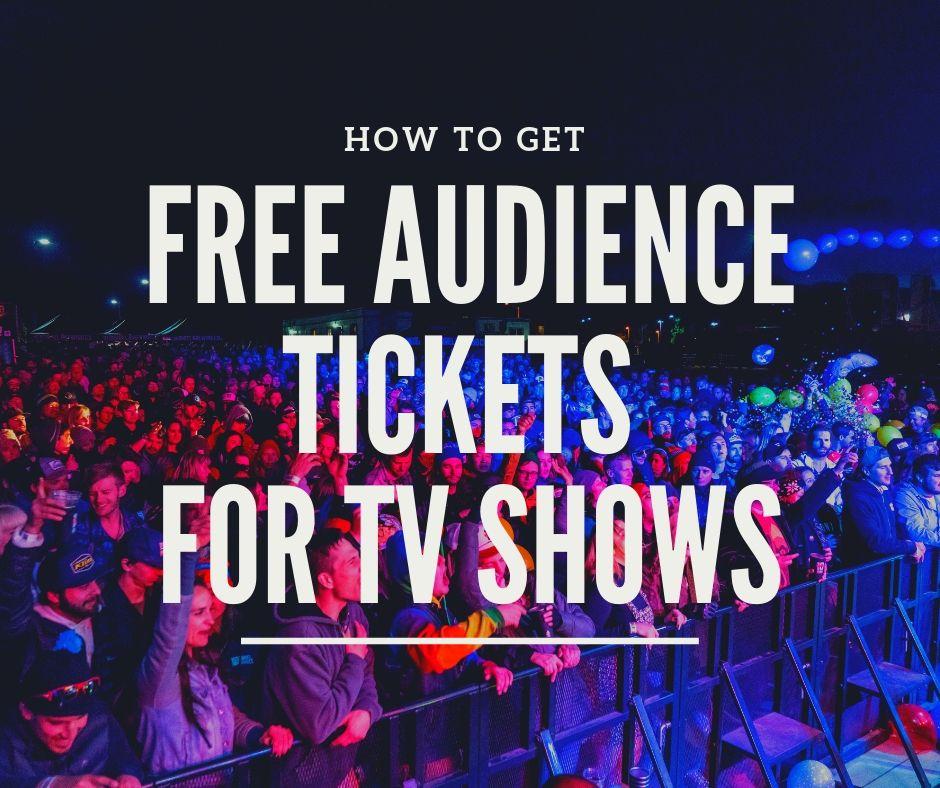 Fancy a free night out? Would you like to get your hands on free audience tickets for your favourite UK tv shows? Here's how... 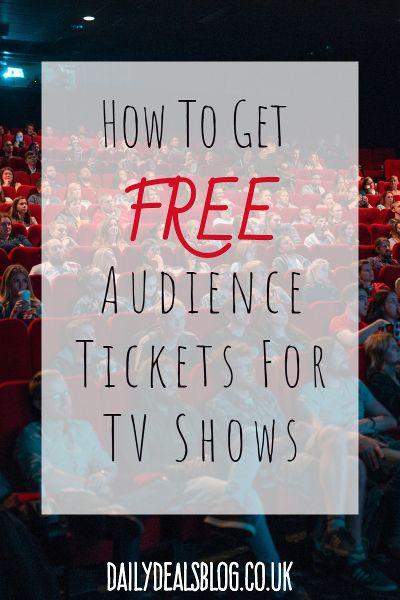 Studio audience tickets are a great opportunity for a free night out, with the added bonus that you get to see what happens behind the scenes at your favourite tv shows and spend some time in the studio with many of TV's brightest stars all for FREE.

Many people have no idea where to start looking so here's all you need to know. Some of the bigger shows such as 'X-factor' are harder to get than some smaller shows such as 'million pound drop'. So don't expect to be at the X-factor final next year as people wait years for tickets to a show like that, but then again you could be one of the lucky ones.

There are lots of websites designed to get members of the public to watch the recording of TV shows, chat shows, sitcoms, and comedies. Just sign up online and apply for the free tickets. Some shows will offer travel expenses and some even provide a cup of tea and biscuit when you arrive. Also once you get your foot in the door, so to speak, they are more likely to invite you back again.

If you like free days out, check out how to get FREE Cinema Tickets

Where to get the Tickets? There is a number of websites you can get free audience tickets from, applause store is the main website that covers most of the 'big' shows.

It's worth noting that these giveaway websites always give out more tickets than they have seats, this is to guarantee a full audience. This is because so many people apply and then never turn up for the shows and they don't want empty seats. You will only usually get one weeks notice if you've got tickets so it can often be too late for people to make arrangements to get there or get time off and childcare etc. So the main thing to remember is to start queuing early to guarantee a seat as people are turned away once the seating is filled regardless of having tickets or time queued. If you do get refused entry due to overbooking, the organizers will usually try and arrange for you to get a priority seat at the next week's show.

Applause store allows you to pay for priority which guarantees you entry as long as you're there before a certain time. It's £20 a year for the highest level of membership and that covers up to 6 people on 1 ticket, so pretty cheap. Paying priority doesn't mean you're guaranteed tickets either, it's just if you're lucky enough to get them you're guaranteed to get in.

Some shows like X-factor live shows require hardcore queuing as they don't give any priority tickets for those! I went to the one that Gary Barlow & Miley Cyrus performed at & queued for 12 hours! Things like X-factor & Britain's got talent auditions and X-factor boot camp are easy to get tickets for because they're filmed in front of 4000+ people.

Some of the Glitzier shows with smallish audiences like celebrity juice, Jonathan Ross, Alan Carr, Graham Norton etc are extremely hard to get tickets for, I have personally been applying for about 3 years and never got any. This is because they always have the most high profile celebrity guests. They generally have a waiting list so you might have to wait for a cancellation to get a seat at a very popular show.

My personal recommendation is to go for a local show first to avoid disappointment and give yourself a feel for the whole process. Shows such as the X-Factor host at lots of different venues.

Here's some of the bigger Ticket companies & Shows you can see for free...

The X Factor, Britain's Got Talent & others

For the bigger shows like this, register your details with Applausestore Big shows such as X Factor operate a reserve list system where you register your interest in the show and if you are successfully chosen one of the site's researchers will be in touch with show dates.

The Paul O' Grady Show, The Apprentice: You're Fired & Who Wants To Be A Millionaire

If you would like tickets for these shows, register your details with Lost in TV. The shows on this site are also mostly filmed in studios around the South East of England.

The Graham Norton Show, 8 Out of 10 Cats, Mock the Week & others

If comedy and game shows are more your thing register with SRO Audiences. The shows on this site are all filmed in London and the South East, with the exception of Countdown, which is filmed in Manchester.

The BBC Website has tickets for BBC programmes, these ones tend to get booked out quickly, and for radio recordings for shows such as Friday Night is Music Night for Radio 2.

Visit TV Recordings. The shows on this site are mostly filmed in the London area.

Have I got news for you & The Kumars

These tickets can be found exclusively at Hat trick productions

Deal or No Deal

chortle specializes in comedy shows and lists the shows and how to apply for tickets as it's usually through another company.

So if you fancy some entertainment on a budget, the key is to get registered on as many sites as possible and then they will let you know when the people/shows you're interested in are filming, usually via email or you can keep checking their pages.

If you have any hints or tips on getting your foot through the door we would love to hear from you, so drop us a comment below... 20% Off All Fragrance & Giftsets @ Superdrug Looking for Survey Sites that pay? Marketing is big business. Companies cut their advertising spend and increase sales by learning to target products at the right people, which is why businesses pay for…

Free Kindle Books - How to get FREE Amazon UK ebooks 2021 Looking to get hold of free Amazon Kindle books UK? From Amazon's own free titles to eBook apps & PDF download websites, here are some of the best ways to get free kindle books online in 2021 Kindle… You can now (finally) shop Morrisons’ Nutmeg clothes range online.  The popular supermarket launched its range of Men's, Women's, and Children's clothing online in September 2020 - which is great…

Looking for Survey Sites that pay? Marketing is big business. Companies cut their advertising spend and increase sales by learning to target products at the right people, which is why businesses pay for…

Free Kindle Books - How to get FREE Amazon UK ebooks 2021

Looking to get hold of free Amazon Kindle books UK? From Amazon's own free titles to eBook apps & PDF download websites, here are some of the best ways to get free kindle books online in 2021 Kindle…

You can now (finally) shop Morrisons’ Nutmeg clothes range online.  The popular supermarket launched its range of Men's, Women's, and Children's clothing online in September 2020 - which is great…